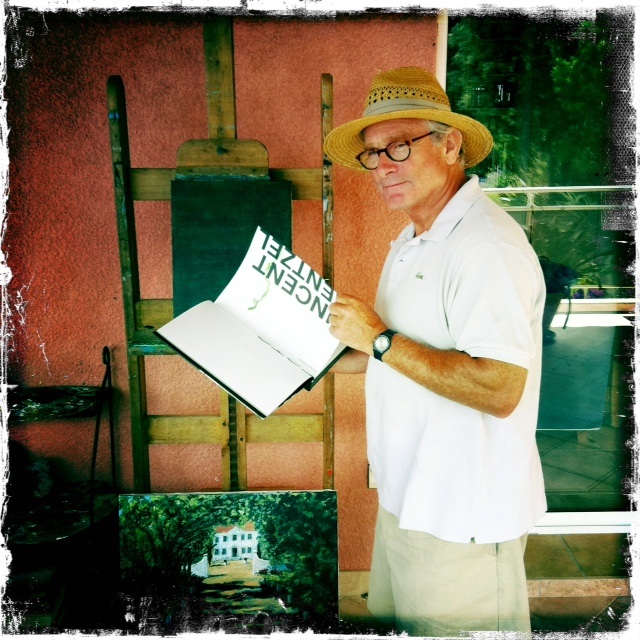 Ronald Vles has been drawing and painting from his early youth. He studied law and became a solicitor (advocaat). When he backpacked through Latin America with only a sketchbook in his backpack he was so influenced by the overwhelming colors, that he bought himself his first aquarelle set and started making his first watercolor paintings.

Later he concentrated more and more on aquarelles and followed workshops specialized in watercolour technics, among others in the Van Gogh Museum in Amsterdam. Ronald likes that technic because it enables him to sit down in nature and put down in a relatively short time not only what he sees but also what he feels.

Ronald is passionate about what brings people in the world together rather than what divides them. He feels that sharing friendship between representatives of the old peoples, cultures and religions in the world in a symbolic form of the old blood brother ritual is a strong signal. His cublicle contains a heart to symbolize this friendship. That cubicle, sent to the moon and looking upon our planet from space, represents for him a strong symbol of a united humankind.

SUBMISSION: THE HEART OF FRIENDSHIP

The BLOOD BROTHER RITUAL was already known in ancient Europe and Asia. In old Asian cultures as well as in ancient Southeastern Europe the act and ceremony of becoming blood brothers was generally seen to bring about an alliance between tribes as well as friendship in general. Christianity also recognized sworn brotherhood in a ceremony, both in the Eastern Orthodox churches as in the Roman Catholic church.

Researchers found that the tradition of intertwining arms and drinking wine is believed to be also a representation of becoming blood brothers. I think that any ceremony, whether it consists of intertwining arms or for instance joining heads, as the Maoris do, will express the friendship between peoples and religions and gives the same strong signal.

I travel a lot around the world and I am particularly interested in old civilizations such as the Maori from New Zealand, the Inuit of Greenland, the San people from Southern Africa etc., which are considered to belong to the oldest peoples on earth. In the time to come before the launch I will organize and document ceremonies with representatives of these peoples, as well
as with representatives of religions such as Christianity, Judaism, Buddhism, Hinduism and Islam.

I want to bring together in friendship humankind, represented by various old peoples and religions. I do this in the symbolic form of a tiny heart in my cubicle that will be sent to the moon and that will then keep looking back upon our planet.

These blood brother like ceremonies and the little heart must be seen as a strong symbol of my wish that all people on earth should be connected. 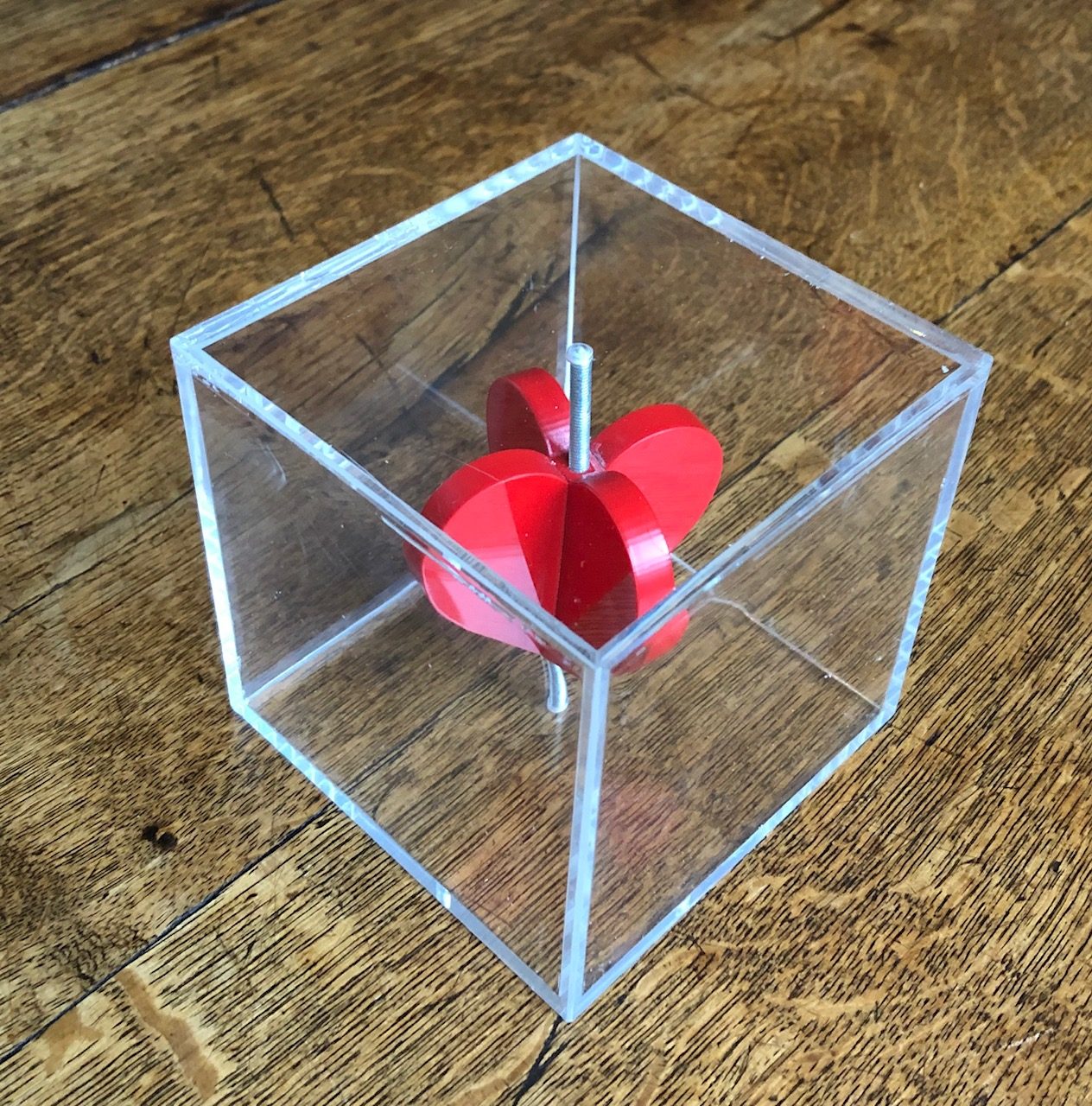 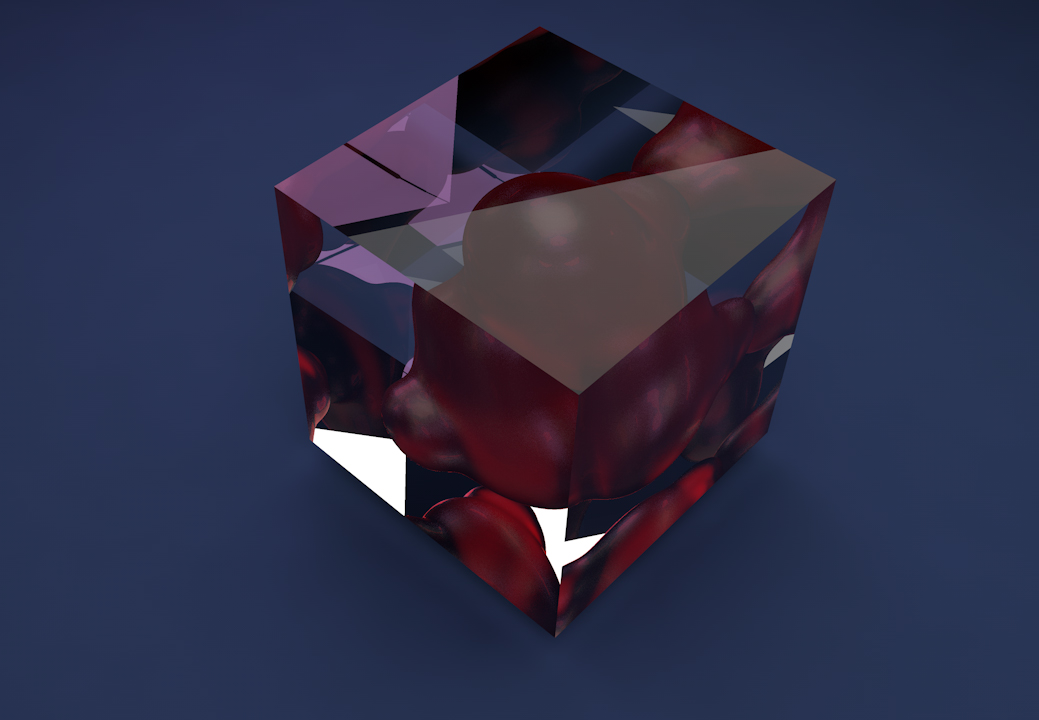 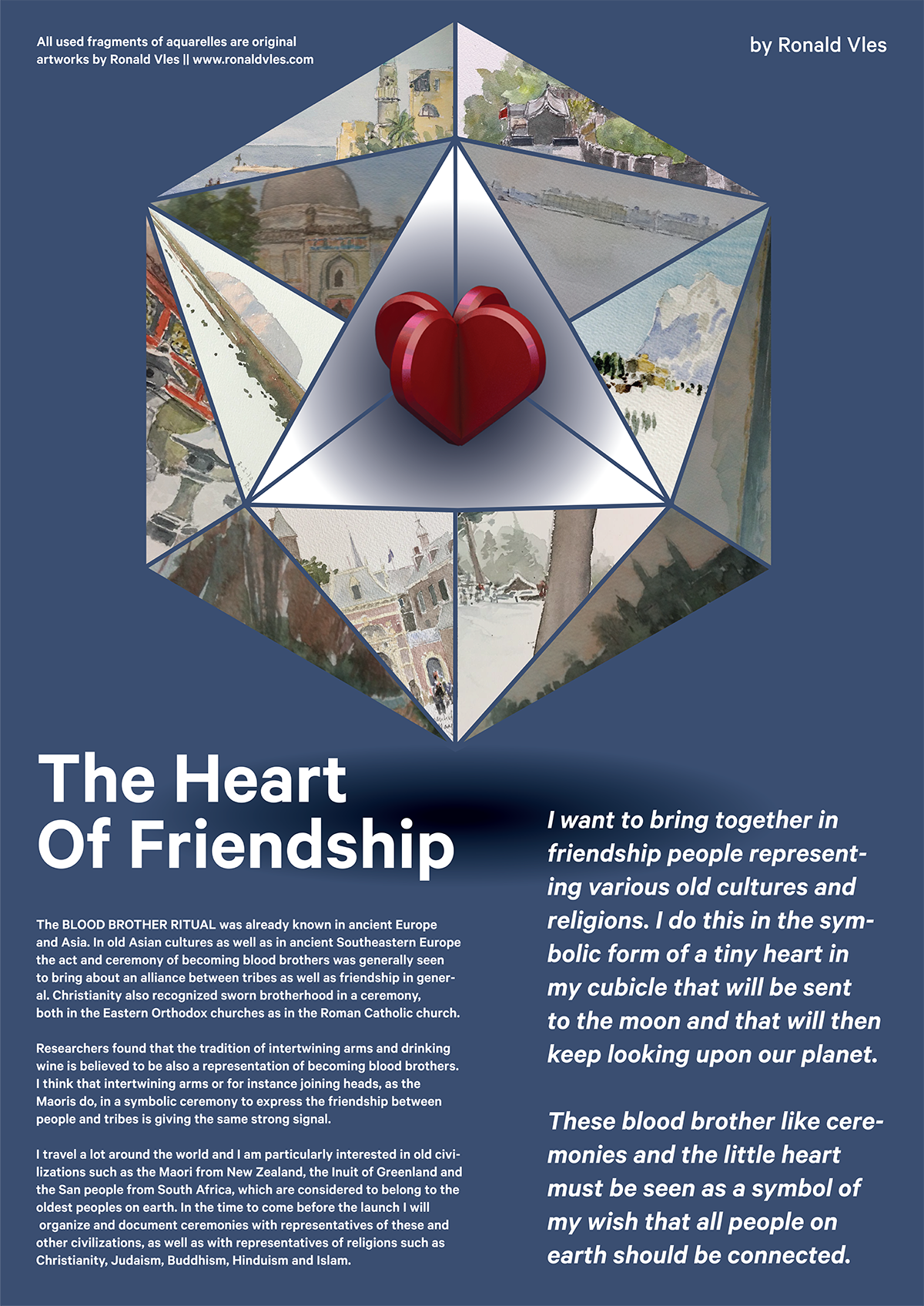 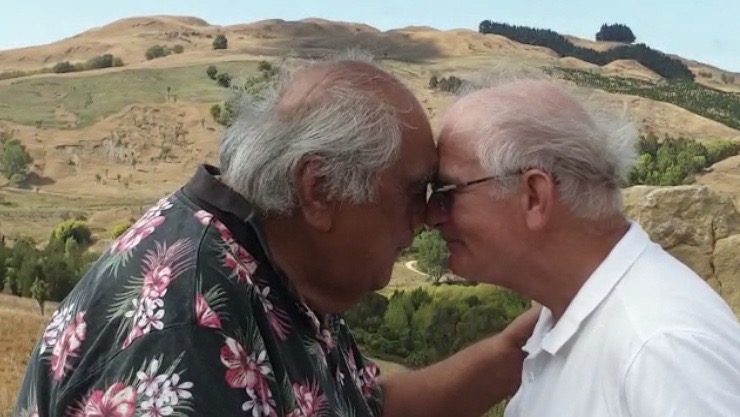 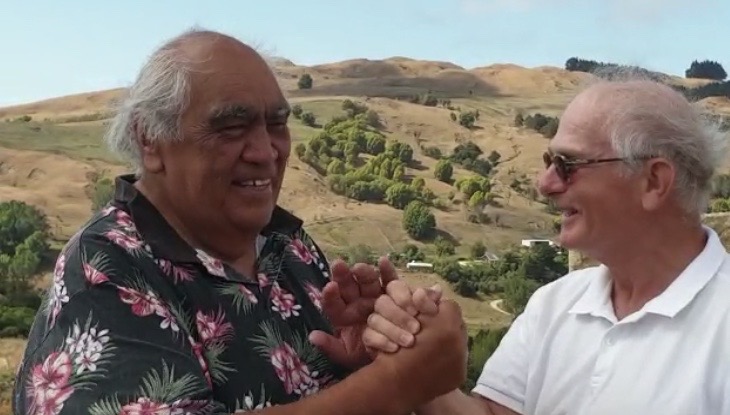