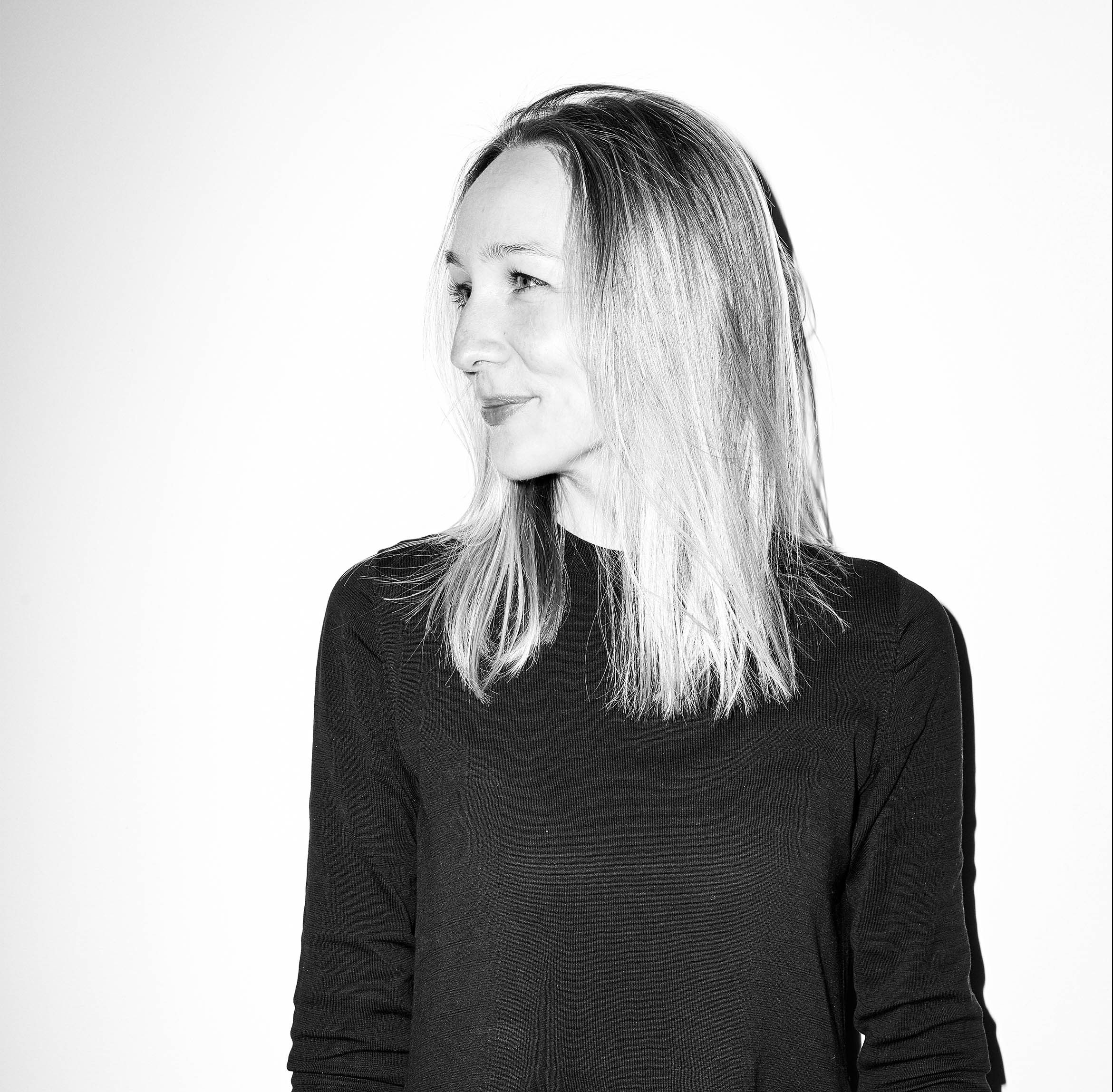 Go to the Moon and beyond.

Make mistakes—because they do not exist.

Aneta Zeleznikova is an interdisciplinary designer. Context and overlap are central to her work. She likes experimenting with various forms, creating (un)realistic scenarios and connecting seemingly unrelated dots. She learned to not blindly follow a crowd but to stand up for herself and her opinions, to be able to explain them and to stay open to discussion. She does not observe rules if she sees the opportunity to do things better, and she always asks herself enough questions to ensure that she does not just skim the surface.

She works in the film industry where “all dreams come true.”

1    Her name is Mona, Selene, Lune. She has a body. She has a farside. Her history began before we even looked at her. She is old but beautiful. She is rough though perfectly round. She is a stable artifact of the Earth, 238 855 miles away. She could be anything in 1839. But after half an hour of stillness, the copper plate changes its silver coating and we see her for the first time closely.

2    She is an illusion, mystery and myth. She is deified as a symbol of deepest spirituality. She has a sublime power even though she is far away — Or maybe that is precisely why she has it. She talks with oceans. She is a place for Gods. She is a God. She reflects cultural complexity and human dreams. Every time we look up to her, she is different. We almost touched her—Mercury, Gemini. But she was a trophy for the God of the Sun, Apollo.

3    We are convinced that we are ready. Everything seems prepared. We are close to the small step. We are risking our lives—she is an ancient symbol of death. We bring a golden olive branch to please her. She is (not) just a destination. Her rules are not “Earth-like”. Although they think of her as a matter of national competition, she barely cares.

It is the end of the beginning.

It is the Moon.

People used to send letters to each other in order to inform them about their lives. Letters, a physical artifact of past time, represent how people communicated. How people shared their thoughts, hopes, love, wishes. And after they sent it, they had to wait. Not seconds, not minutes, not hours, but days, weeks. Sometimes it can take even months to get an answer.

I wrote about the moon, and I want it to share with anyone who will be standing on its surface and will be looking at the earth.

Reply to me. (the address on the backside) 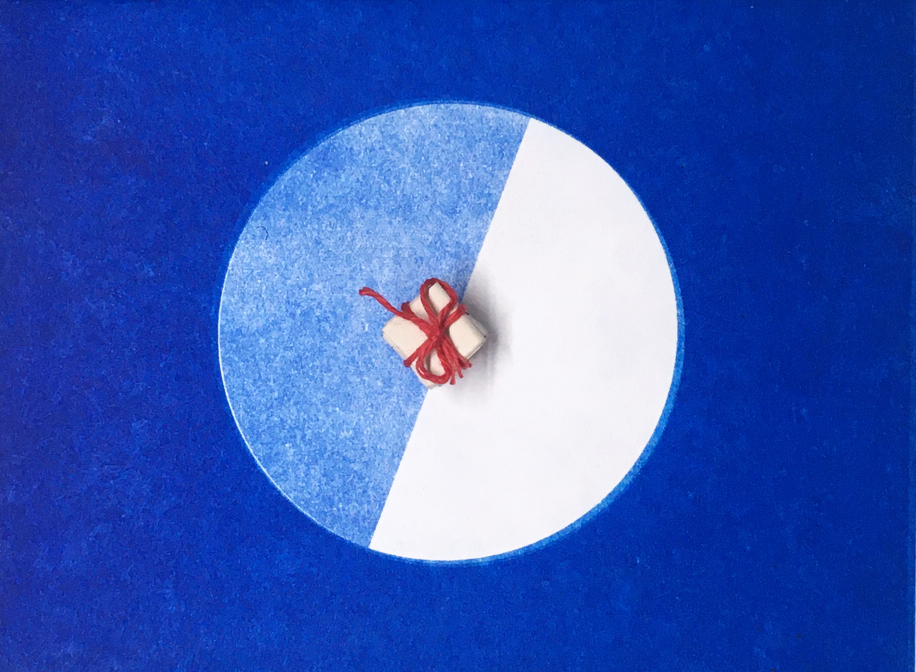 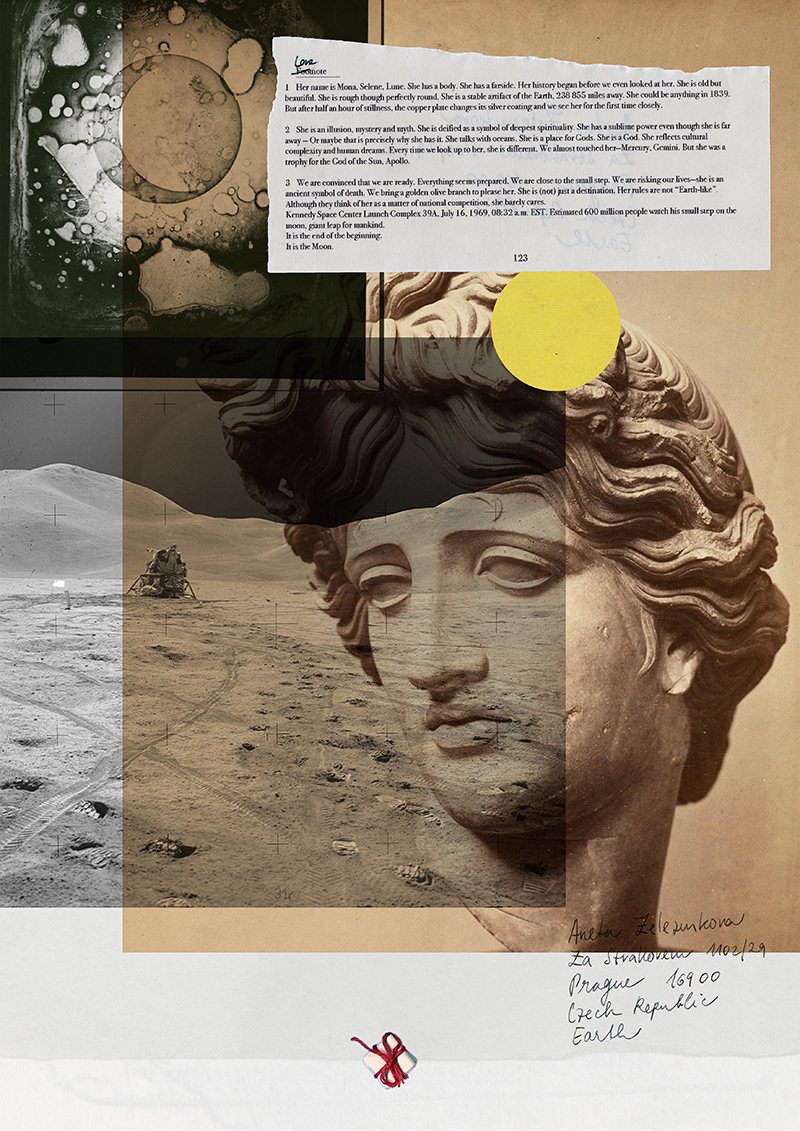