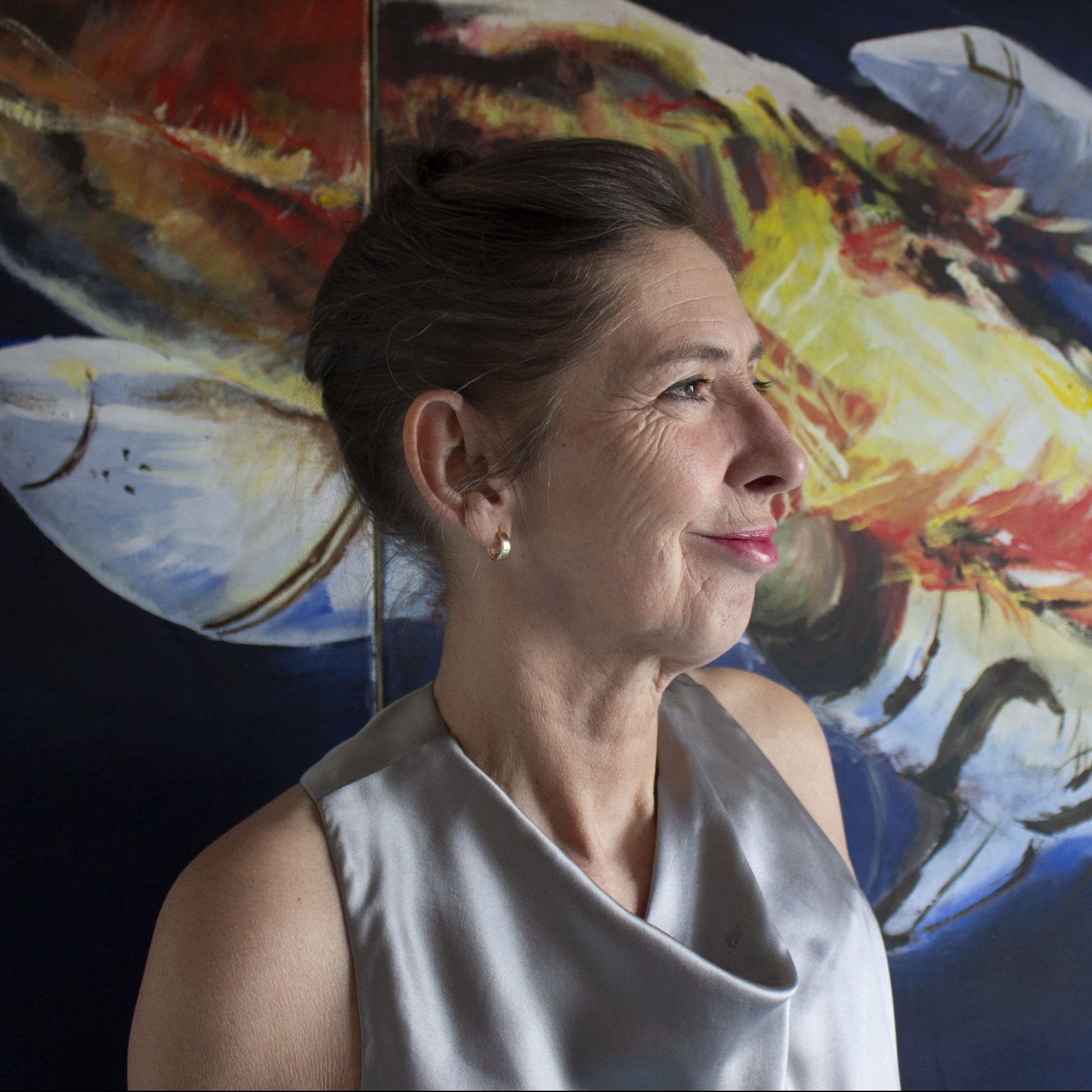 In the microgravity environment of space, astronauts lose on average 1% to 2% of their bone mineral density every month. Just like muscles, if you don’t use your bones, they will weaken. This means staying in zero gravity leads to the ultimate degeneration of our bone structure. What will the repercussions for our teeth be if we spend several generations in space? Because we have been using our jaws differently over the last centuries, they have become narrower. This resulted in fewer molars and teeth. As an artist I wonder how we will chew in the future, not only on difficult subjects but also on our (spiritual) food.

Ine Poppe is an Amsterdam based artist and tutor at the Willem de Kooning Academy. As part of her art practice she made documentaries, worked on trans-media projects and wrote scenarios for films and computer games. Ine is interested in technology and space: together with ESA and students of the WDKA they worked on projects concerning MoonMarsVillage. Besides other art projects, Ine finished in 2017 a documentary about the cultural meaning of our teeth.

SUBMISSION: Molars for the Moon

MoonMolarImplant, the object in the Moon Gallery, will not only serve as a spare part for a potential dental problem for astronauts, it also represents the cultural history related to our teeth. Dentistry is a challenge in space. Scientific papers show there is already aeronautical dentistry (experiments done on MDRS missions), but the chance that there is a dentist available in space is still pretty slim.

Space also poses very specific problems for astronauts’ teeth. On longer journeys in space, the absence of gravity has been shown to cause bone loss and that also goes for our jaws and teeth. This means that space researchers will have to consult dental scientists to address these issues. Dentists work with the most modern technologies and are used to working on a small scale. The collaboration between dental and aerospace scientists is therefore obvious.

The MoonMolarImplant on the pictures is a real implant that has worked itself out of my own jaw. About ten years ago I decided to have my false teeth replaced with implants. First, new bone had to be implanted, either from a donor or a bovine, which took about six months to adapt to my mouth. Then the implant was screwed into the newly grown bone. But after a few years, the implant came out. After it was replaced with a new one, I decided to keep the old one you see in the picture. I was impressed by the fine work and the combination of an artificial tooth and the titanium screw. It shows the craftsmanship of dentistry, but to me it also symbolises people’s attempts to “repair themselves” and the mindset of collective progress behind this endeavour. 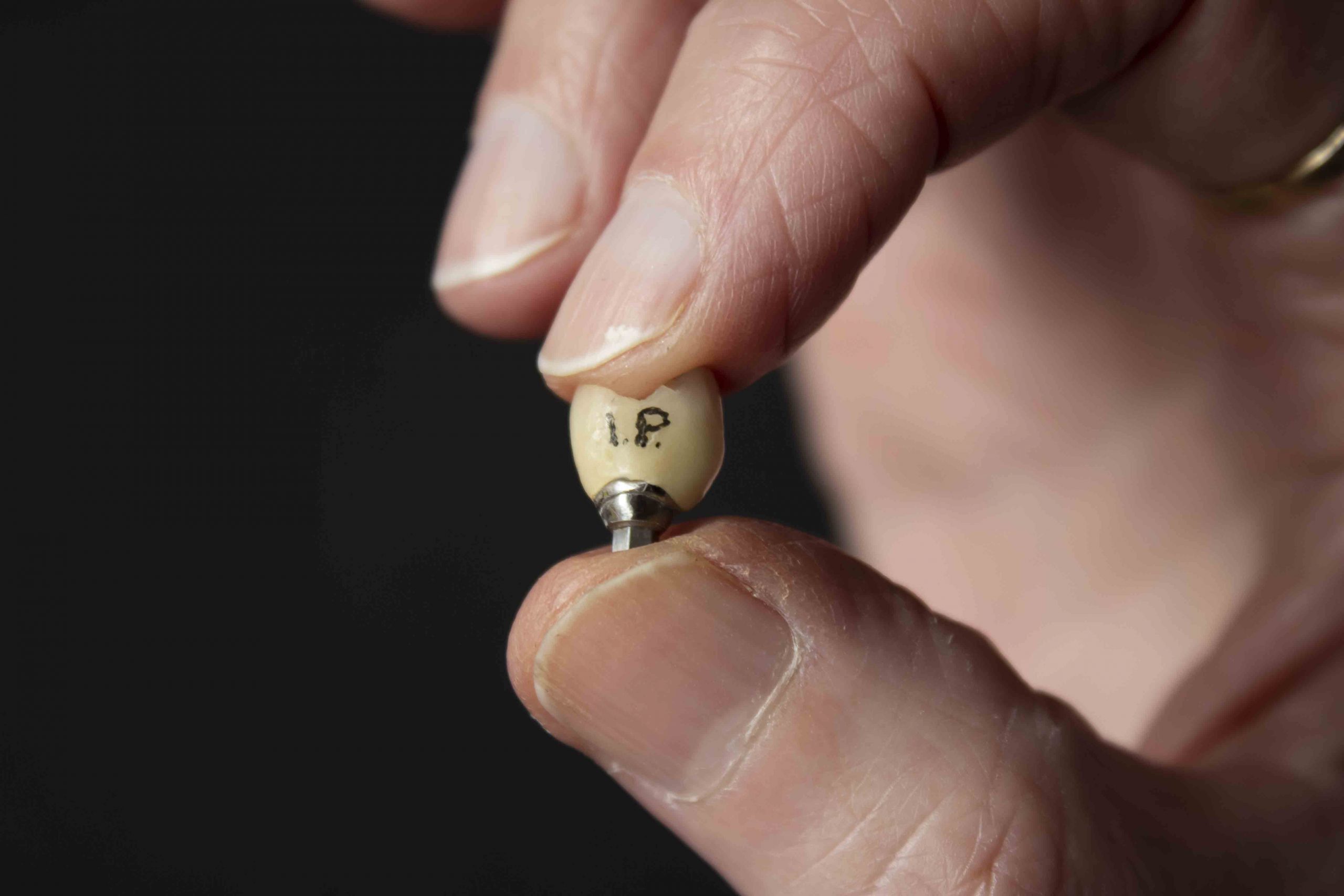 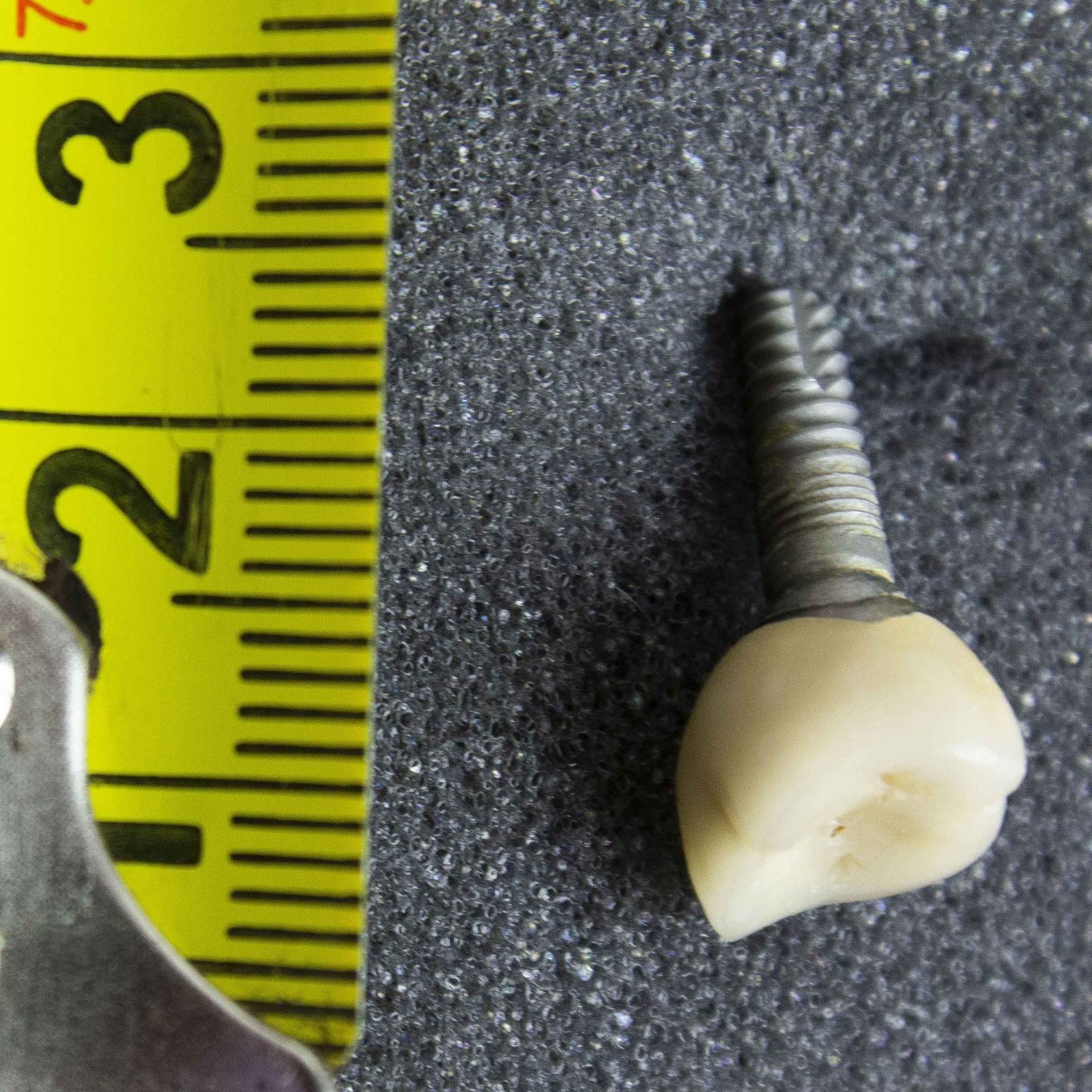 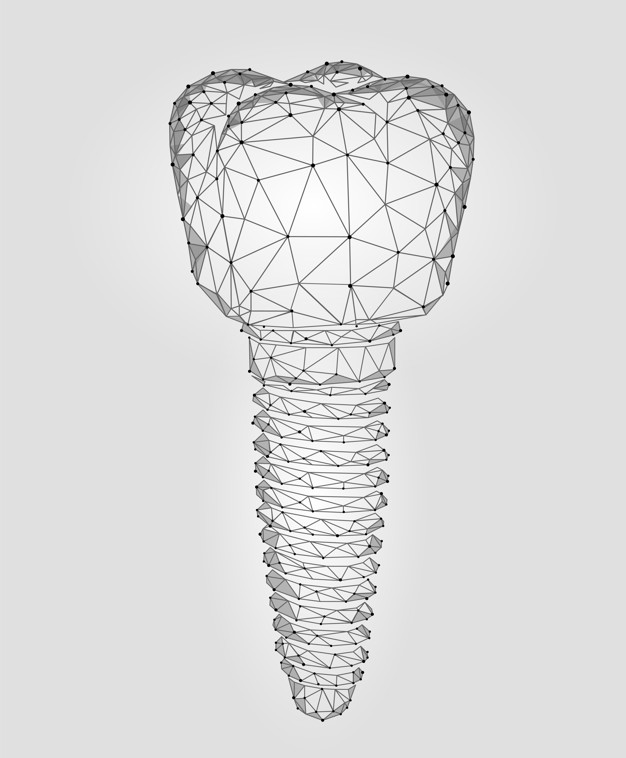