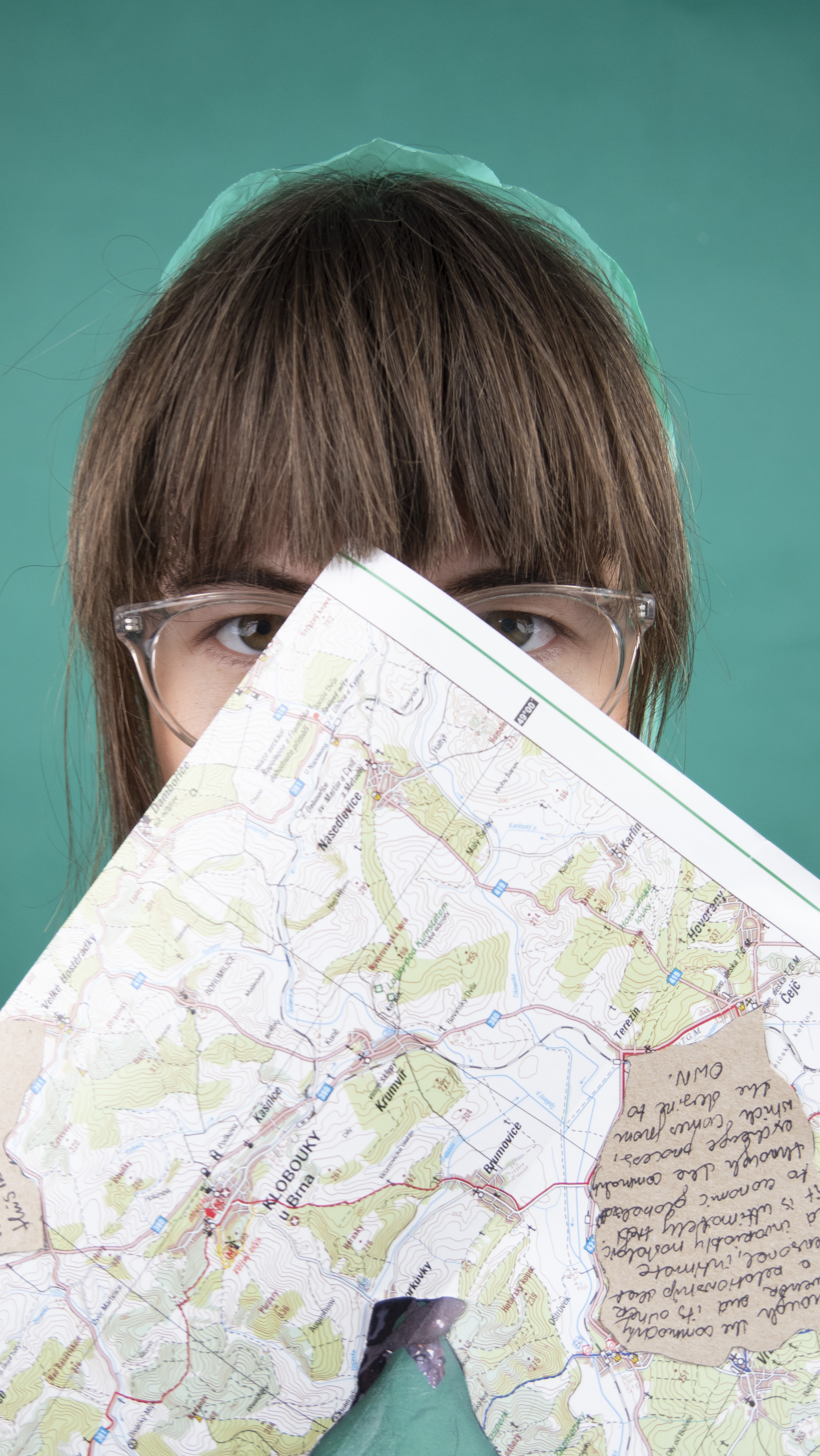 Each of my works is a form of regaining control over my surroundings by investigating the mechanisms of control itself. I strive for my videos to be immersive, creating worlds out of reshuffled elements of own and found footage. This approach allows me to subvert images in order to expose the patterns of systemic narratives.

Having worked as a translator, I try to approach images as one. Retranslating the translated pixels that
project the image of the world in different resolutions. Since direct contact with reality seems to be no
longer possible and our experience of the world is increasingly mediated through images, I believe that we should consciously embody and “enter” them in order to deconstruct the patterns of systemic narratives from within. In my practice, I explore this embodiment through physical contact with the pixelated light, first-person immersion and the construction of 3D worlds that function as the extension of the body.

I am interested in exploring the boundaries between such dichotomies as space/place, real/virtual, universal/personal, natural/artificial, embodied/disembodied. They intersect in various configurations in my works. I consider my videos to be a constant process, an exploration of similar ideas through different case studies, one leading to another. I strive to construct worlds in which new scenarios may take place. By using carefully picked elements of the world at hand, I am interested in seeing them transform into a locus of possible reflections and experiments on the problems facing me and my surroundings. In the words of Donna Haraway, I believe that “it matters what worlds world worlds.”

SUBMISSION: I didn't go to Crimea and all I got was this alien message

The project stems from an object I found in Belarus, in the village of Dobrowola. There, in an abandoned cottage, I discovered a photo album created by Boris, who once occupied the house. From various photographs, drawings and stencils in the album, I learned that between 1984-1986 he served in the military in Crimea, in the Soviet Black Sea Fleet. The contents of the album also revealed Boris’s keen interest in the cosmos, focused mainly on the radars near Eupatoria. My research around this object has been an open-ended exploration process. In search for answers to unasked questions, I discovered the first messages ever sent to deep space from this complex of radars. Animating Boris’s drawings, I endowed them with the words broadcast to potential aliens. The result is a digital imagining of the place I’m probing from afar – a space of someone else’s memory, weaved within the contexts that surround it.

By transforming the album into a virtual space of observation of various paths of memory, the time scale and spatial scale have been disturbed and private memories are on an equal footing with interplanetary ones.

Messages into space extend the concept of belonging from a family home or country up to the scale of the planet. They designate an extraterrestrial being as the highest measure of alienation. However, isn’t it that more alien is the stranger whom we can meet by invading the territory of his memory? 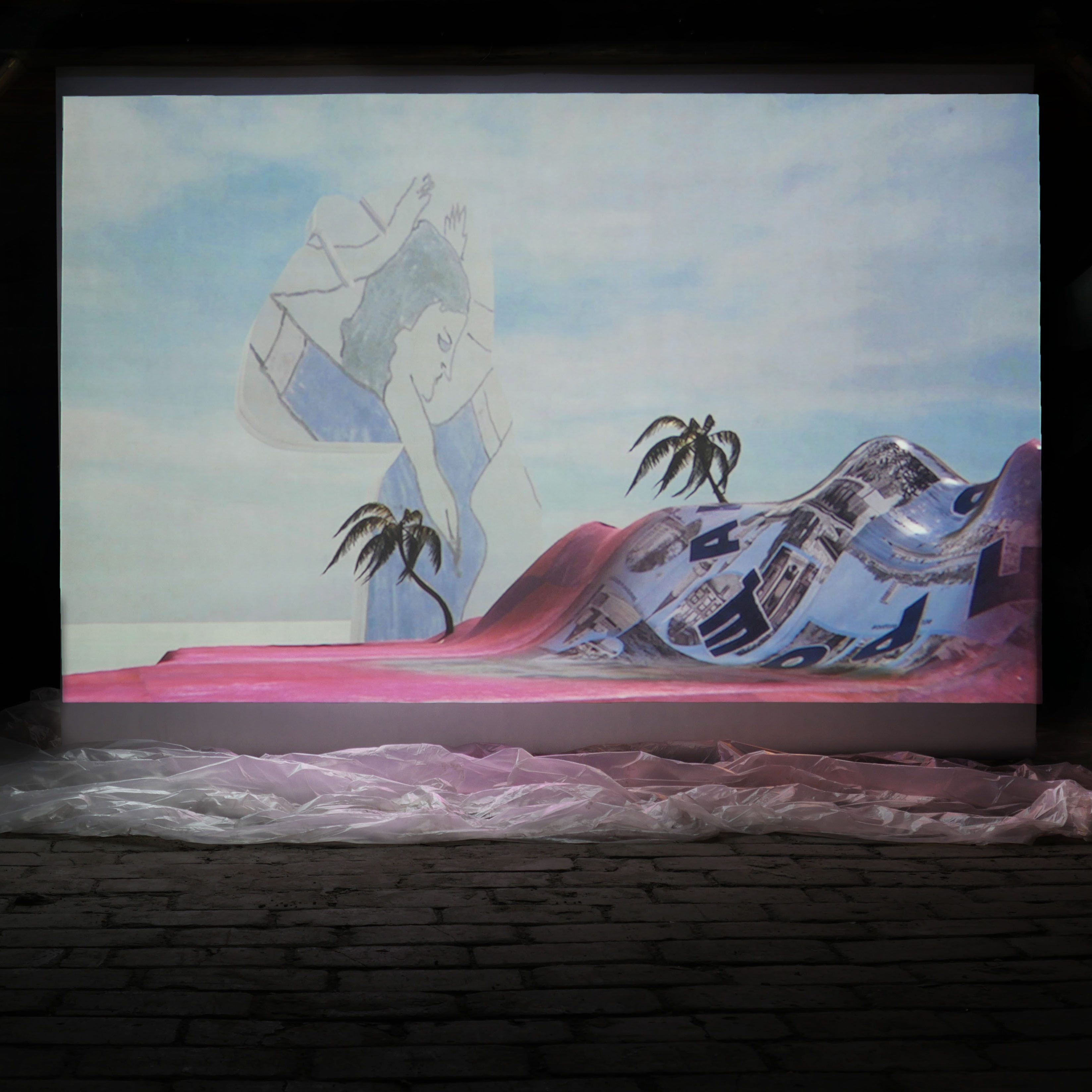 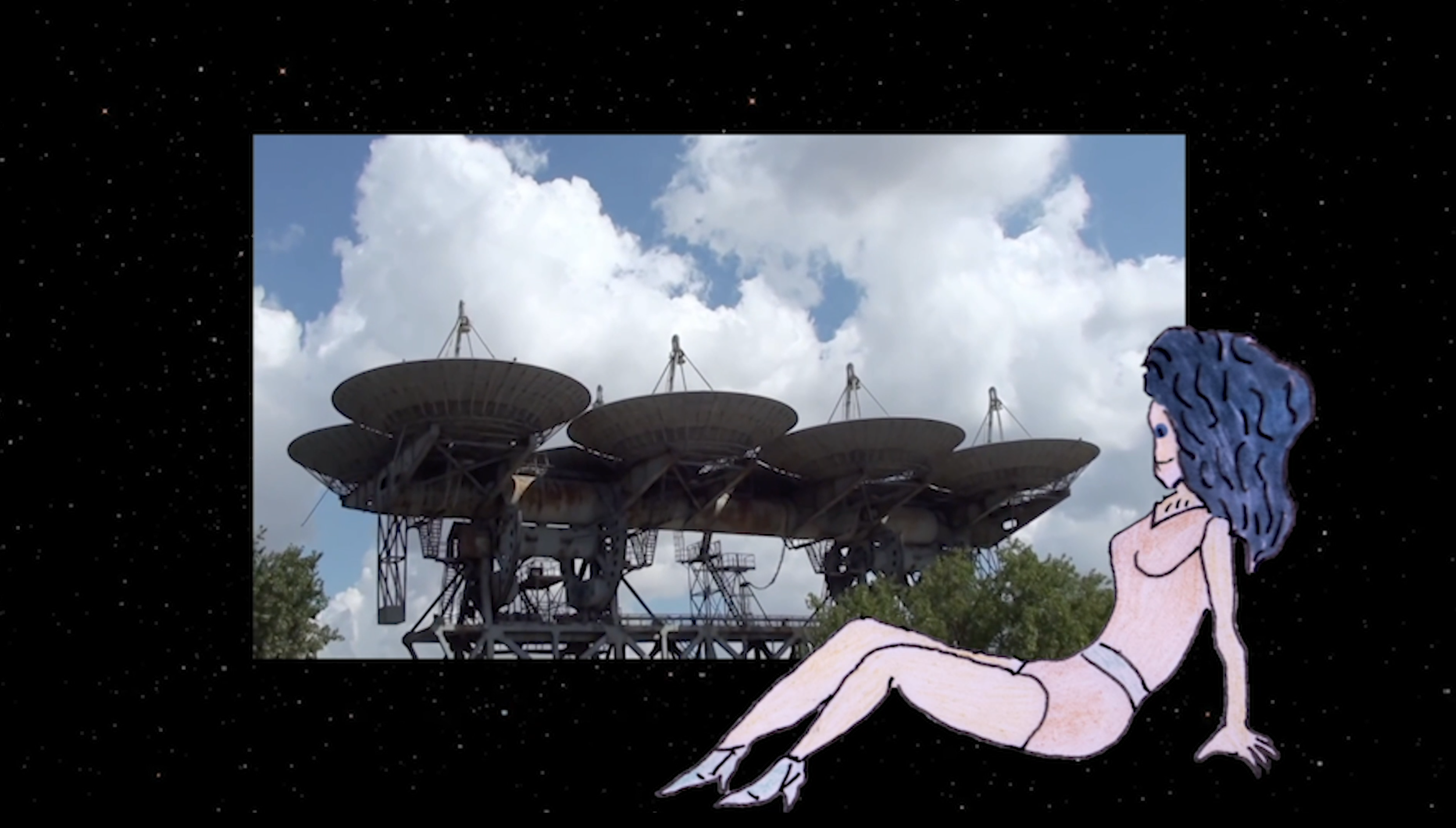 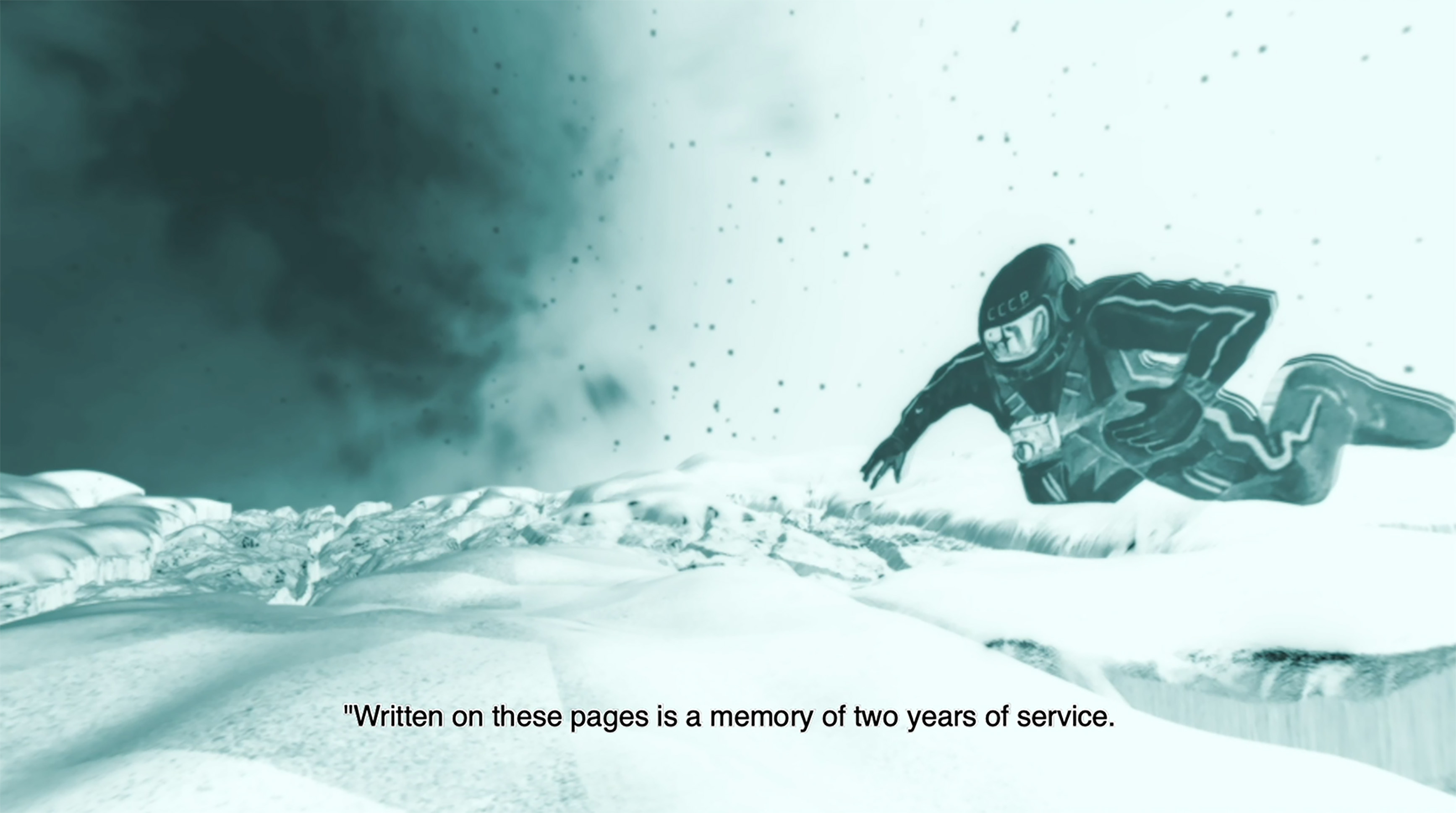 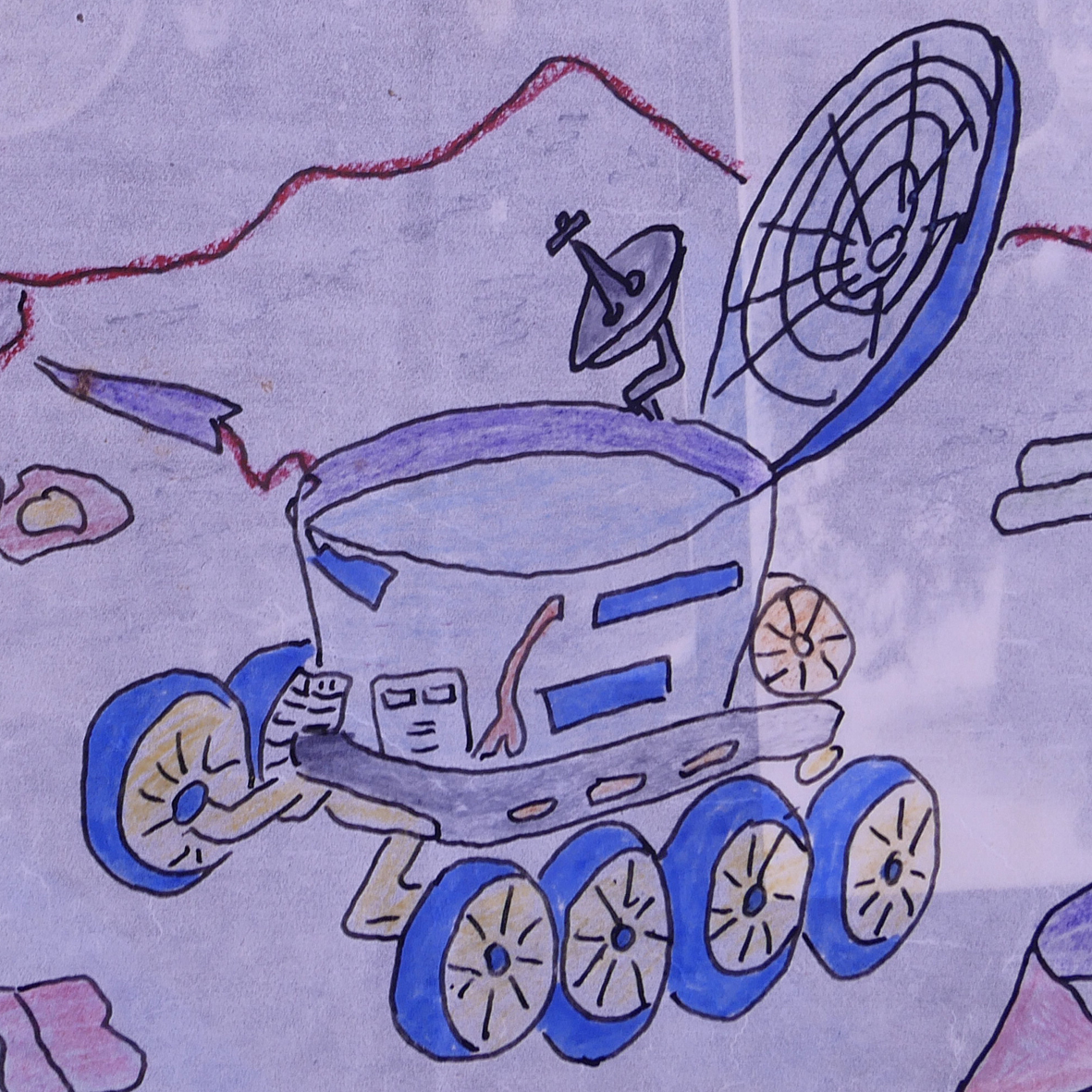