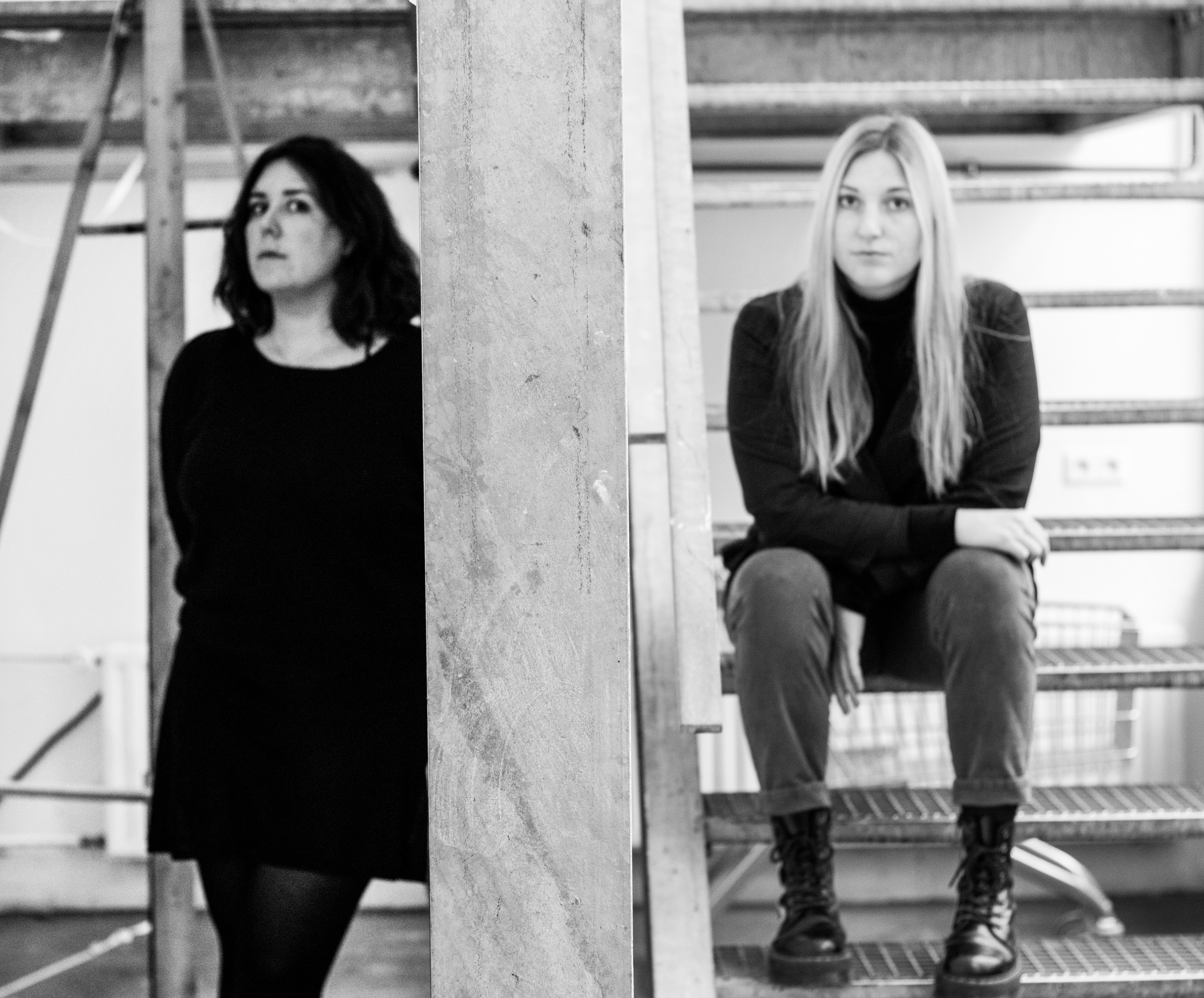 Sarah Bovelett and Maria Beaumaster are a research-based, future-focused, collaborative duo. They have established themselves as unknowing, and because they do not know, they are asking questions. Their work deals with challenging the border between the survival and the advance of the human species within the context of (inter)planet-life relationship. Sarah’s work deals with interaction, systems of habitation and temporality. She is inspired by the idea of the unfinished. Maria worries about the passage of time and the finality of our mortality. Her work discusses themes of traditional narrative, the importance of the archive, and sourcing origin. Currently, they are both inspired by the ideologies of feminism and the motivation to fight the patriarchy.

The physical and spiritual bond women have with the Moon is ageless. Our menstrual cycles are tied to the positions of the moon and women have either worshipped or been worshipped as lunar deities.

Artemis 11 is a glass orb, infused with menstrual blood from an anonymous woman. The two natural materials represent the relationship between womanhood and the Earth. With their infusion we question the implications of humanity’s return to the Moon.

Menstrual blood was a symbol of strength. Female leaders did not create hierarchical societies but urged co-operation, harmony, and woven communities.

Let us not forget about the lessons of past women.

Artemis 11 is a symbol for history that we don’t want to lose. Knowing that it may become a relic of womanhood as we know it, we hope that it will serve as a reminder for the collaboration that is important for further space exploration. 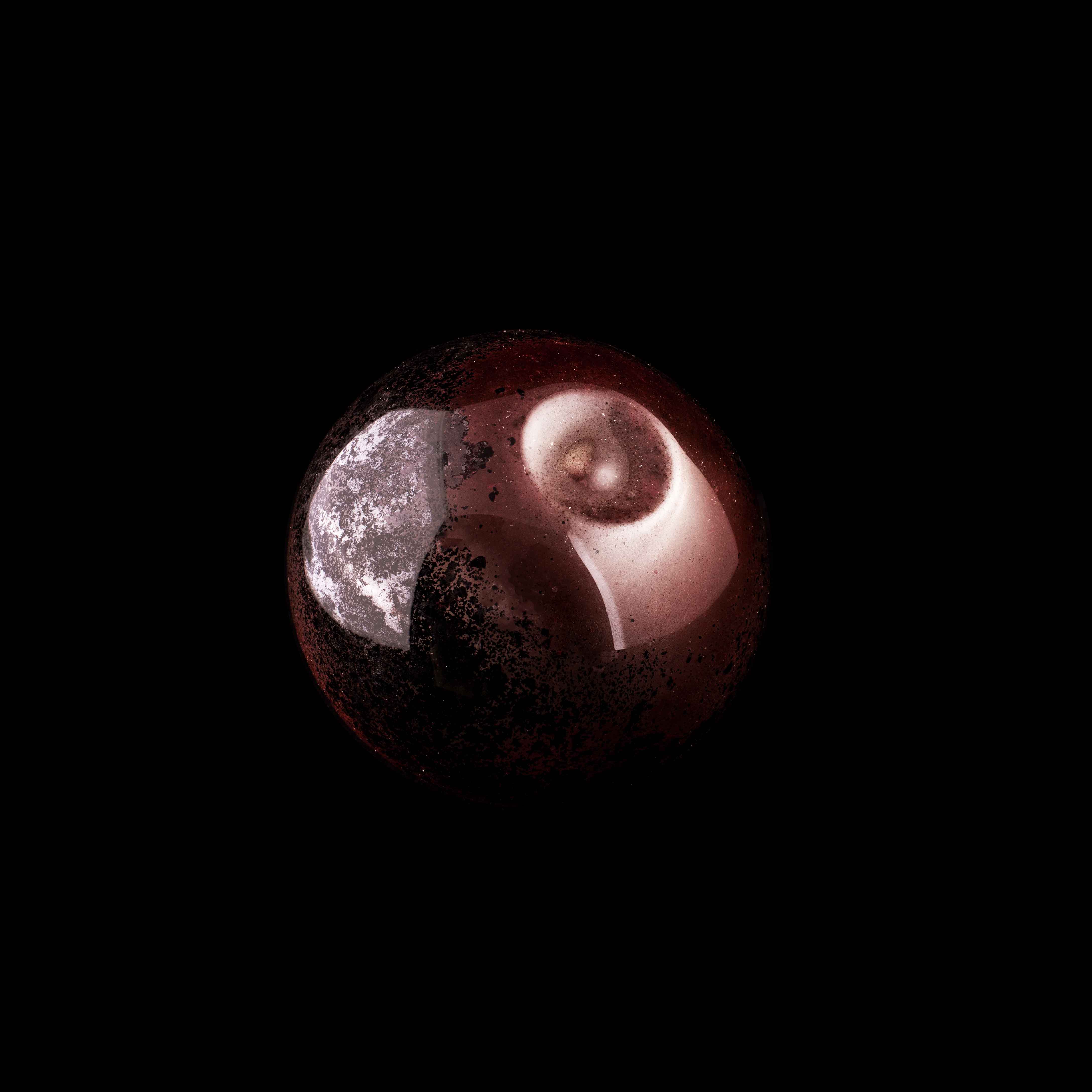 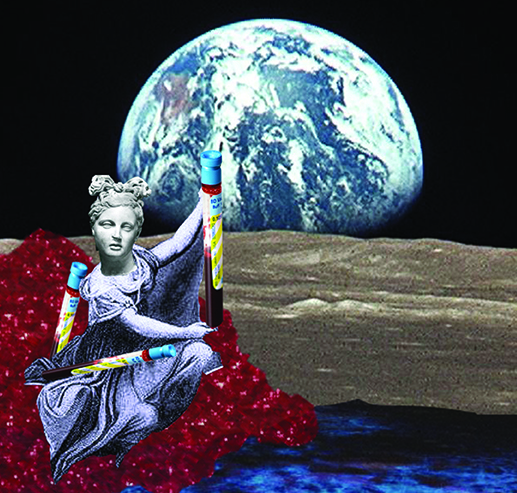 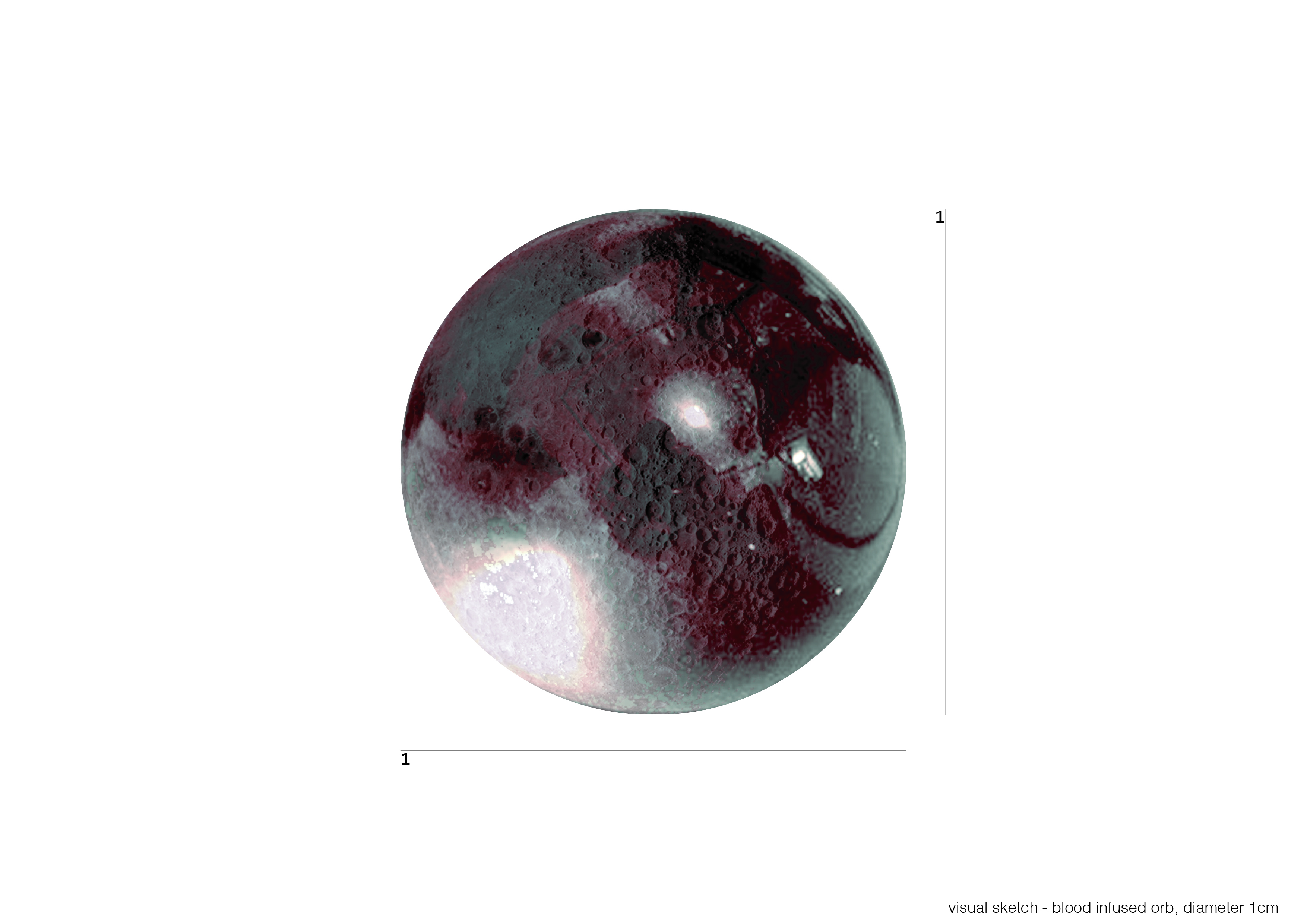