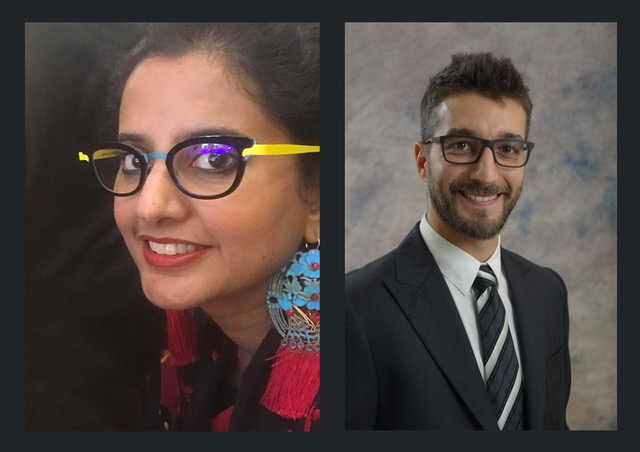 Lakshmi is a Singaporean Artist, Architect, Jewellery and Fashion designer who grew up in Kabul, Afghanistan. She started her career as an Architect, illustrated books in the area of disability for the Voluntary health association of India and the WHO, became a Fashion designer, Educator/Mentor at NIFT, Delhi and Lasalle college of the arts and now devotes her time to being an artist of many mediums. Her art has been featured as a mosaic animation on the largest HD screen in the world at Singapore’s Suntec City, has been exhibited in prominent galleries and may now be viewed at ‘Art Now’ in Singapore’s iconic Raffles hotel. Her approach to art is to translate her ideas into all facets of design and spans a multitude of disciplines – that which may be viewed, is wearable, liveable and usable such as painting, clothing, jewellery, living spaces, sculpture, furniture, crockery etc., to make art a truly immersive experience.

Dr. Matteo Seita is an Assistant Professor at NTU, where he holds appointments in the School of Mechanical and Aerospace Engineering, the School of Materials Science and Engineering, and the Asian School of the Environment. He joined NTU in 2016 after working as a postdoctoral associate in the department of Materials Science and Engineering at MIT. He earned his Ph.D. in Materials Science from ETH Zurich in 2012. At NTU, Dr. Seita leads the Additive Microstructure Engineering Laboratory (AddME Lab), which focuses on understanding and controlling the microstructure complexity brought about by additive manufacturing processes to design novel materials with improved reliability and performance.

Like people, materials have a complex structure that results from their history—the sequence of processes that have shaped their constituent parts—and which underpins their differences. This structure is, in materials as well as in people, often masked by an exterior façade which reveals little about any underlying quality. Only in extreme environments or situations this hidden structure may reveal itself and become visible through reflections.

The Structure & Reflectance cube is a material representation of human’s, complex structure, which is embodied in a block of metal consisting of two crystals with distinct reflectivity and complementary shape. The crystals—ingrained in the cube via additive manufacturing technology—are revealed to the naked eye through the action of a corrosive agent and are highlighted by differently oriented light sources. The resulting optical contrast on the cube surface generates an intricate geometry reflecting the duality of man, the complexity of hidden thought and expressed emotion.

The concept of duality illustrated by the Structure & Reflectance cube can easily be linked to the Moon. One side of it always remains in plain sight, while the other has remained hidden to mankind for centuries; until space travel finally allowed us to gaze upon it. Moreover, the portion of the visible side of the Moon which is bright depends on the Moon’s position relative to the Earth and the Sun. What we see is a function of our viewpoint. In the Structure & Reflectance cube this concept is expressed by the changing reflectance of the two crystals, which vary with the observer’s viewing angle. Such a detailed level of control over the crystal structure of solids may not be achieved but with additive manufacturing technologies.

In this work, we used laser powder bed fusion technology—a metal additive manufacturing process—to create four different symbols on four faces of the Structure & Reflectance cube. Each symbol portrays our quests to discover the secrets of the Universe and—fused together into a single cube—embody the unity of mankind, which transcends our differences in culture, religion, or social status.

The everlasting nature of metal, the variety of crystal shapes, the complexity of material structure, the unifying message of an integrated world, and the marriage between art and technology make the “Structure & Reflectance” cube a quintessential signature of mankind to be displayed on the Moon.

Every human endeavor is a collection of continued collaboration and development layered onto the discoveries, inventions, and innovations of the past. Our every perception, analysis, and thought are a reflection of these myriad influences from our surroundings and from the universe.

This artwork embodies the relationship between structure and reflectance. The structure of our changing viewpoints, perception of colors, and space are continually being explored and reimagined by artists, scientists, religious and cultural groups. This is reflected in an integrated world of collaboration, communication and interaction that are making it possible to explore the real, the imagined and the unknown. Space could be our future home. 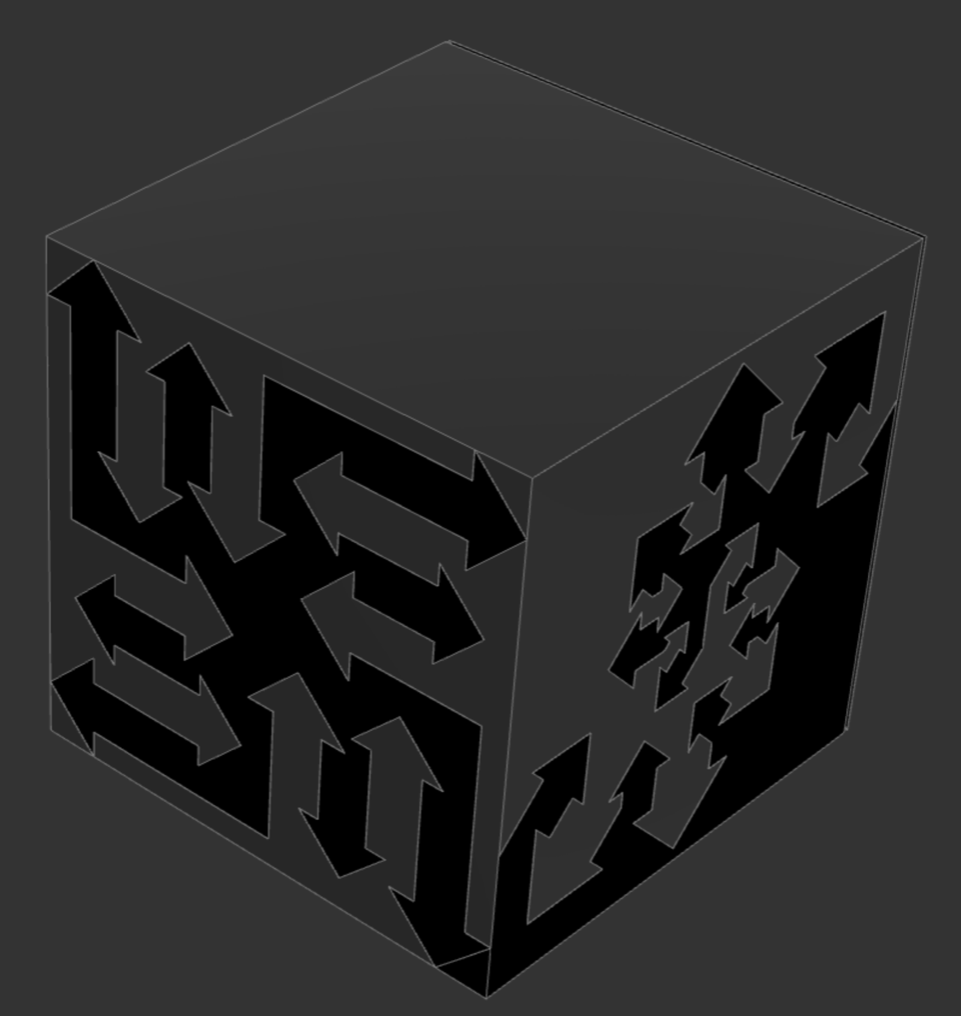 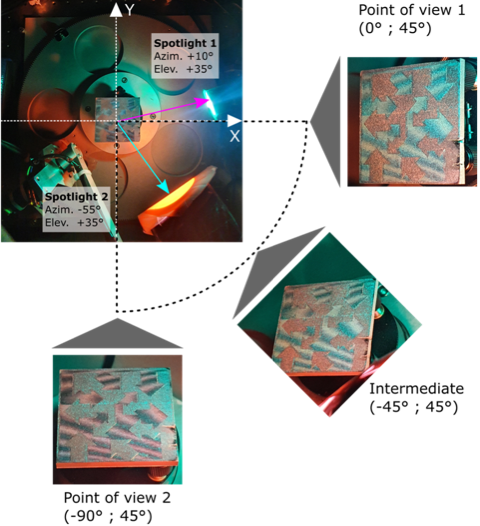 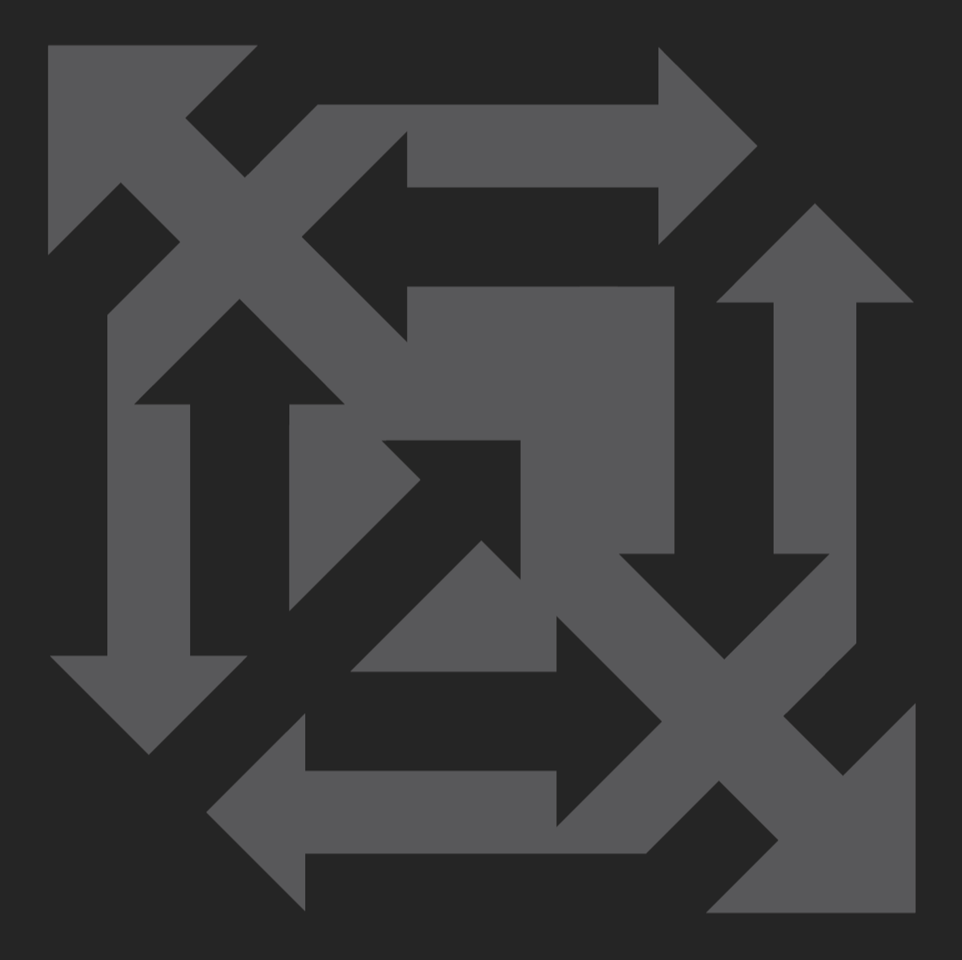 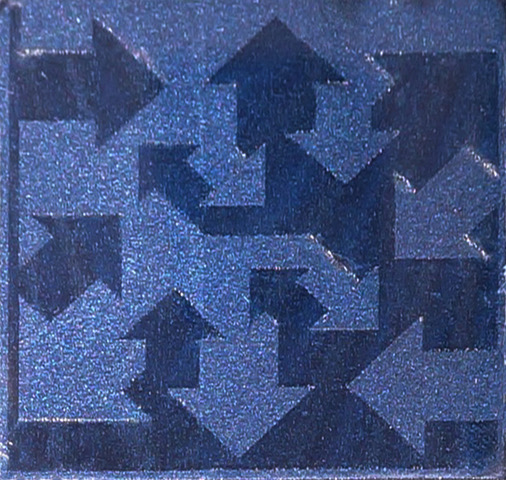